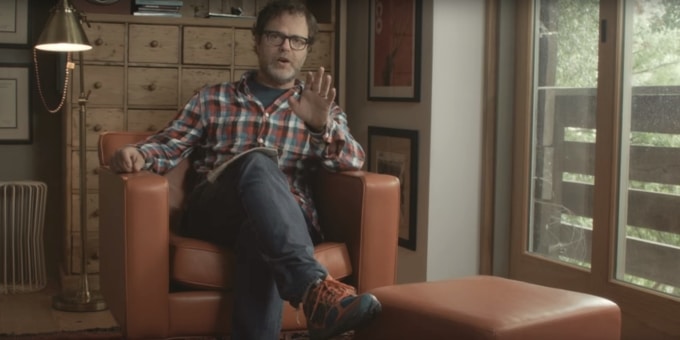 This article originally appeared on PhoneArena.com

We could imagine last minute script changes are incredibly frustrating for film crew members, but we weren’t aware that they may be willing to part with their lives by axe-deployed euthanasia over them.

We got to learn that – fact or fiction – from the Scriptation iOS app’s masterfully produced promotional video which stars The Office’s Rainn Wilson. The hilarious comedian pleads for the “End Script Change hell” campaign, which defends film crew members’ right to choose voluntary euthanasia, instead of going through another 12-hour workday turned 14-hour, due to a minor last-minute change in the lead character’s name.

“The Office” fan or not, a script writer or not quite, the video is a must-see. We’d rank it just below Cricket Wireless’ recent John Cena-driven promotion in terms of entertainment value.

As for the Scriptation app, which just went on sale for $10 until the end of the month, it’s made to facilitate script writers with a complete annotations toolset, bookmark and search options, script sharing, and document management options. It’s notable for its proprietary note transferring algorithm which analyzes script changes and transfers every note to its right location in the next draft. This saves writers tedious revision time – imagine if you had to deal with 30 revision pages on a 40-page script, and didn’t have this tool at your disposal. Bleh!

Check out the app here, and the video is right below!