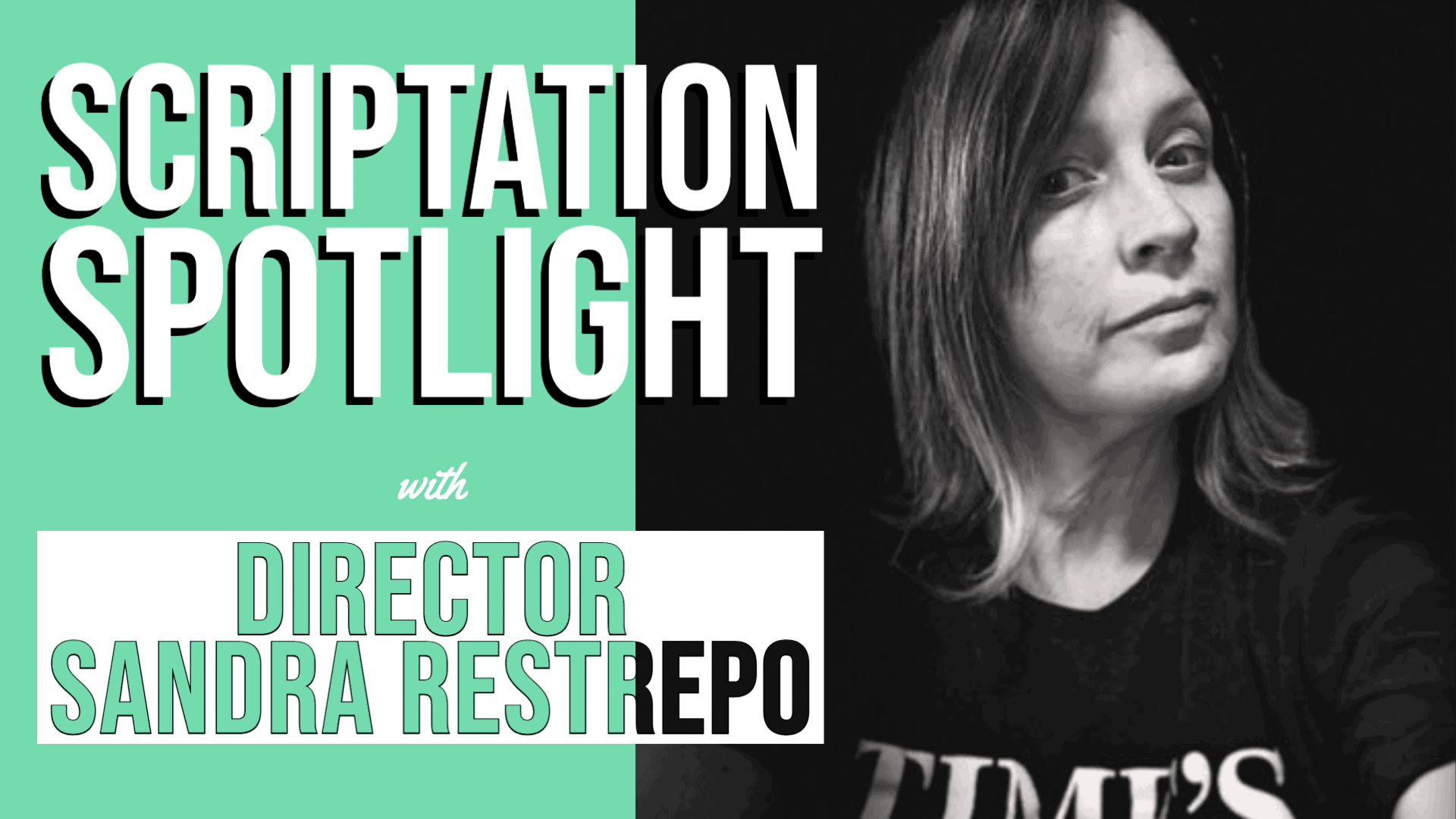 Directing live events requires organization, razor-sharp attention to detail, and the ability to coordinate many moving parts. Director Sandra Restrepo (Jimmy Kimmel Live!, All That) talks about her journey from SNL to Pod Save America and why she chose to make the switch to paperless production.

I noticed you tend to direct a lot of live shows and award shows. Did you always want to work in live television and what was your path to getting where you are today?

I think I sort of fell into it. I mean, my very first job was at Saturday Night Live. I was a receptionist and then a PA, so I kind of started doing a live show from the beginning and I just really like the energy of it. But I also like working with actors so I kind of do a mix of both.

Before I was directing, I was an associate director on a lot of like big award shows and some HBO comedy specials and things like that. So, my training was a combo of comedy and music and then variety, pretty much.

And then once I did Kimmel, I was directing full-time and I did like over 350 shows, over two years of that show. Then when I left there I just started doing a lot of similar shows to what I’d worked on when I was an AD, but then as a director.

In the last couple years I’ve done a little more scripted shows. I’m doing All That, which is the 90s reboot, the kids sort of SNL on Nickelodeon. So I did a bunch of those last year and that was the first time I used Scriptation.

That brings us to my next question, why did you start using Scriptation?

The dialogue coach on All That, Anthony, was using it and I was like, ”What is that?” And he was great and showed me how to do everything.

Before that, I was directing some stuff and I would use a couple of different apps, but they were never geared to our business so I found them a little more clunky and if you had any issues, you know, they were more corporate. They didn’t understand what we need in TV, so I found that you could get by with it, but it was not as intuitive or geared to what we really needed. When Anthony showed me, I was like, “Wow. This is really great.”

On that show, it’s very much like a sitcom, so you get your table read draft and and then your next draft and so on. So, I found it really great because I would mark my shots and script everything out.

I even got some of the kids into it because they would see that they could highlight their lines on it and learn their part by doing that. So next time I directed, one of the actors came up like, “Look, I’ve got it now and did it on my iPad.”

Since then, I’ve been using it on more variety shows and I’ve gotten other people to use it. And as you guys [at Scriptation] have moved along and updated, you’ve gotten really great at adapting to what people need.

Now because of COVID, they don’t want to have paper and, in fact, the last show I worked on, they said, “No paper at all. We’re not even going to have a copy machine on site because we don’t want people passing things out and touching paper and handing it.” So, everything was sent out digitally.

I think it’s the perfect time for people to figure out how to use Scriptation and learn the software because that’s the way forward. I mean it. Especially now, we really don’t want to have a paper handed out. I think it’s kind of a good time for people to, you know, dabble and making the switch, even if they’re a little hesitant. What is your process like? How has that changed during the pandemic?

Obviously if it’s more of a scripted show I’ll figure out my coverage. I just did a Carrie Underwood Christmas special for HBO Max and so for that, the notes were more the songs and the lyrics of stuff, but that was really more for me. I planned each number of how I was going to shoot it. So, I would lay out what what my coverage was going to be for each particular song, if I wanted the Steadicam to be in at a certain point, how I wanted the number to look, and so much more.

I’m very much a gadget-girl. I pretty much embraced all technology as soon as it comes out. I always have the latest phone or the [Apple] watch. Now that we can mark up scripts this way, I think it’s really great.

Going forward, I think you’re just going to find more and more people are going to use this because they’re not going back to printing all that paper. It’s just crazy the stacks of scripts that sit there like at a table read. They read it and toss it. They might recycle there, but it’s still just so much wasted paper.

Hopefully, when everything hopefully gets back to normal, or whatever the new normal is, you will find people having a lot more meetings like this [virtually], which cuts down on a lot of time where you have to travel. The nice thing now is you really do all your prep at home and then you show up, you block, and do the show. So going forward, we’re going to find a we don’t need to have like 15 people crammed in this room to do a meeting when we can do it an easier way on Zoom. I think the lack of paper is definitely going to stick.

What advice would you give to up and coming filmmakers?

Try to watch and learn as much as you can from the people around you. It’s always good to know what everybody does and I told this to people that have shadowed me on different shows: you’ve got to learn what everybody does to make you better at what you do. Because you’re really a part of a whole machine that’s making the production work. If you don’t know what the person who’s just ran by you is doing or the set master, the prop master, the utility that’s pulling the cable for the camera guy, what they’re doing and what it all entails – everyone is important to make the machine work. So, as a good director, you can’t ask for anything if you don’t know what everybody does and I think that’s something that you can learn. Just observing and trying to ask questions of people. Nobody I know ever gets annoyed if someone wants to learn and asks a question.

The other thing is, just work as hard as you can in the job you have and people will notice. I think the biggest turn-off for anybody who’s trying to promote anybody is when somebody just automatically says “I want your job.” Okay, well what’s your what’s your plan to do that?

There’s something to be said for experience, but you also have to get a break and I think, in my career, I’ve always had people that saw that I was working hard and then when something opened, then they would give me a chance. I know that’s corny sometimes because, you know, you can’t get the job until you get a chance and to get a chance to get the job, you need the job, which can be very frustrating. But, I’m happy to see more more women getting chances. I’m happy to see more people of color getting chances. You know, the clock has been ticking and it’s taken way too long. 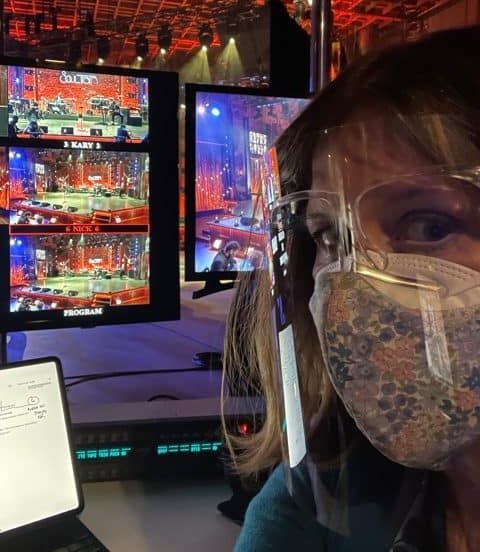 About Sandra: Sandra Restrepo is an experienced Television Director in the USA with a career that has circled the globe. A member of the Directors Guild of America, Restrepo has worked on the top-rated shows in various genres from comedy to music to live event programming both multi and single camera. Read more on her site.