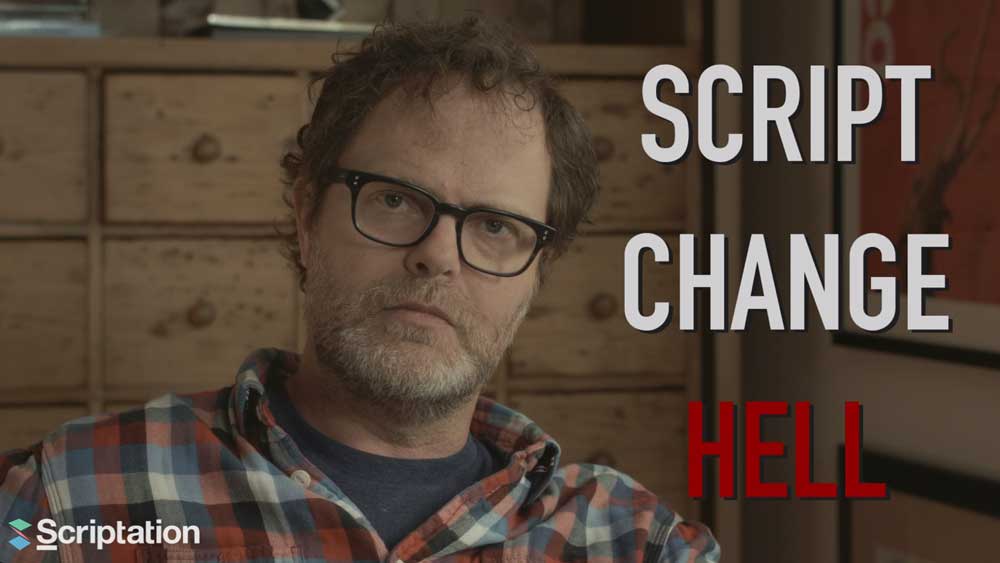 This article originally appeared on No Film School.

When you’re in the thick of the notes process, passing drafts back and forth isn’t always easy. But now, there’s an app for that.

I was recently trading notes with my manager on a final polish. We were so many drafts into it that both of us got confused. But then we got Scriptation and things got a lot easier. So I’m writing this article today to tell you the pros of the app, why I like to use it, and to hopefully turn you on to it as a great tool.

Founded by a television writer and script coordinator, you know…people who actually deal with notes all the time, the Scriptation iOS app is a free script reading and annotating app. The app features note transferring technology, which is designed to make the script revision process more efficient and eco-friendly.

In layman’s terms, this app allows my manager to make notes on the PDF with ease and allows me to sift through the notes, make checklists, and work them off one by one.

And when he wants to go on and on, it allows him to add blank pages for thoughts, brainstorms, or just compliments.

But more specifically, Scriptation is used on 1000+ productions worldwide. Show likeSabrina, Silicon Valley, Stranger Things, and too many movies to name.

What’s the best part of Scriptation?

I’m excited about the new Shareable Layers. Since it debuted early last year, Layers has become one of the script reading and annotating app’s most popular features. Layers allow Scriptation users to organize their annotations, including highlights, photos, and written notes, into separate displays that can be toggled on and off. That means I can write, go back to the notes, and write some more.

Pretty useful since all writing is rewriting.

“Now everyone is literally on the same page,” said Scriptation CEO and founder, Steven Vitolo. “Instead of jumping back and forth between documents, users can view everyone’s notes on a single PDF. It’s a huge step forward for productions that value collaboration.”

“I love being able to share notes with my team.” said Emmy award-winning director Michael Spiller (Modern Family, The Mindy Project). “Department heads, guest directors, and writers can read my ideas and questions right alongside their own notes. And I can see additional thoughts from writers, including expanded character descriptions and backstory, that weren’t included in the original draft.”