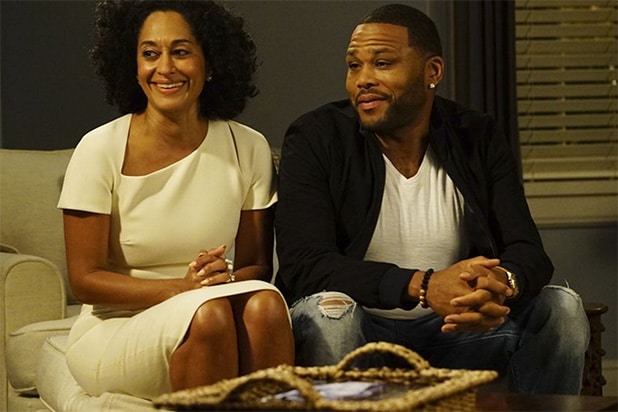 The article was originally published by TheWrap.

Hollywood likes to pledge millions of dollars to organizations that want to save the planet, but it has a dirty secret of its own. It wastes literally truckloads of paper on script revisions.

So Steven Vitolo, who’s worked on shows including ABC’s “Black-ish” and TVLand’s “Hot in Cleveland,” developed Scriptation, an iPad script annotation app that launched in May and on Monday unveiled an “actor highlighting” feature allowing actors to instantly select all the dialogue pertaining to them.

Vitolo, whose background is as a writer and script coordinator, developed the idea for the iPad because its touch screen allowed for manual note taking — a huge part of the process. And in fact, being able to instantly transfer notes when a page or an entire script was updated — instead of manually rewriting them — became Scriptation’s killer app.

“People don’t want to change what they do,” Vitolo said. “But when I was initially asking people what they would want in this app, everyone — even the Luddites — said if you could transfer my notes, I’m in.”

Vitolo came up with the idea working as a script coordinator on a different pilot in 2013 where he dealt with the industry’s unwieldy processes and paper waste firsthand.

“We had two weeks from the table draft to the shooting draft,” Vitolo told TheWrap. “In those two weeks we had 11 fully revised table drafts. Fifty pages times 100 people on the production — at least — every night.”

Even worse, the production assistants printed off 15 extra copies each time — an entire ream of paper.

“That’s when I thought, there has to be a better way,” Vitolo said.

Kenya Barris, the creator of “Black-ish,” said he first became aware of the app when he saw other writers using it at a table read — not yet knowing one of his writers’ assistants created the thing — and quickly became a fan.

“Between features and pilots and the actual show, I might legitimately have 700 pages of scripts hanging around,” he told TheWrap. “And to sort of be able to isolate that down to my iPad Pro and use it in a way that I can make my notes, send it into my writers assistant, and seamlessly kind of go through that process is amazing.”

Barris said studios would likely save a lot of money — and not just hassle — going paperless. He did some quick back-of-the-envelope math and estimated that in one year, the savings would be enough to buy everyone on the production an iPad and the app. He also likes its eco-friendliness.

“It feels kind of f—ed up sometimes when you look up and see how much paper we go through,” he said. “It feels very wasteful.”

Aaron Helbing, an executive producer on “The Flash,” said he appreciates how the app keeps his array of notes in one place.

“All I need for any meeting is my iPad and I know I’m good, which gives me peace of mind,” he told TheWrap.

While seemingly every other industry has gone paperless before Hollywood, Scriptation seems to be winning devoted fans on popular shows — and helping make “Black-ish” a little more green-ish. For Vitolo — and production assistants tired of literally bearing the burden of that job — it couldn’t come soon enough.

“In reality, it is a greener and more cost-effective solution,” Vitolo said. “I can’t imagine in 10 years we’ll be using paper scripts. But I also couldn’t imagine 3-4 years ago we’d still be using them today.”

Michael Spiller, the principal director on “The Mindy Project,” has already seen the value of the new actor highlighting feature in action.

“At a recent table read, Garret Dillahunt did not have a chance to highlight his part in the new table draft of the script, and was in a bit of a panic trying to do it before we began,” Spiller told TheWrap. “I lent him my iPad and using the new ‘character’ function, I highlighted all of his dialogue in less than a second. He was floored.”